Thoughts on a visit to Auschwitz/Birkenau 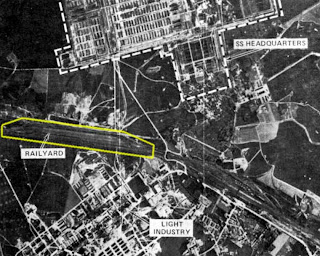 I just returned from and a visit to Auschwitz Birkenau. While I have been to both places quite a few times, each visit leaves an indelible mark. On this visit I did something I had never done before.

The recently restored the Alte Judenrampe. This is the place where the trains stopped and people were subjected to:”selection” from 1942 to 1944.

In 1944 a train spur was added so that the trains went right into the camp. This was done to "expedite" the murder of Hungarian Jews who arrived in tremendous number from May to July 1944.

Not only has the site of the selection been restored but the very road on which Jews walked into the camp has also been opened.

It is a chilling – and far far more than that -- experience to walk on that very road and to try to imagine what it was like for Jews who had been plucked from their homes and brought here, either directly or via ghettoes.

There are powerful descriptions in both Primo Levi’s and Ruth Kluge’s memoirs. It is an experience that leaves one who was not there and can only imagine what it was like with no words.

Posted by Deborah Lipstadt at 5:06 AM

I've wondered about the missing ramp for years, I asked in the Museum office about it and no one knew? Yet, it's shown on one or two photos as a raised ramp. The photo I'm recalling is the one with the good looking boy of about 16 running forward to help, behind and to the left of him is 3 other prisoners, and 'being selected' is the mother with the black felt hat, then her elderly mother who looks anxious to please and rather confused. And behind them the man who's lost his trousers, and his white shirt tail is flapping down. I've adopted about 6 people shown in these photos, and you should to? My missing ramp was inside Birkenau, I think your ramp Deb was near to, and at the rear of Aushwitz public railway station?

The "ramp" I saw this time is about a quarter of a mile from the gate of Birkenau.

There is also an unloading spot inside of Birkenau but this one only became operational during the Hungarian deportations.

I have a friend who told me about a time when she was a mission trip to Europe a few years ago. Part of the trip included a visit to Auschwitiz / Birkenau.

They were college age and of course having a fun time during their sight-seeing and this was no different.

As they approached the site, they all simultaneously shut up. She said there was a literal darkness over the place and was told that it's always there. They continued the visit and no one spoke a word all the while they were there.