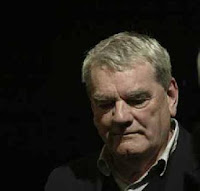 According to the Budapest Times, Irving received a friendly reception from some 250 people at a small theatre last week.

Roger Hodgson, the reporter, referred to

"the Lipstadt libel case that drove the last nails into the coffin of his reputation.... Irving is now widely regarded as a crank, but is an almost iconic figure in the world of extreme-right fringe politics.
[....]
Many warned that imprisoning him would only heighten his importance to those sympathetic to his marginal, extremist views. To the small audience that came to hear him talk in a subterranean theatre in Budapest, people who like to think of themselves as victims living in a police state, David Irving was, at least for one night, a hero."

Posted by Deborah Lipstadt at 6:52 PM