"Aryans against the ZOG" [Zionist Occupation Government],Yahoo chat group, has a vivid imagination 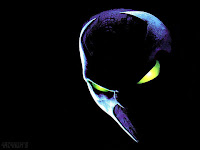 The Aryans vs. the ZOG, a Yahoo chatroom, that proclaims

We are a group of white supremesists....You must be primarily of Aryan descent to join this group. Our gowl is to unite all Aryan groups to bring fourth a new birth of freedeom for our people. you can reach me at white_standard@yahoo.com. I go by Christopher Stone. We need recruits. fight for our race.88

has an amazingly creative and novel description of my lecture at Xavier. It's pretty disgusting, so consider yourself forwarned:

Last night ADL member Deborah Lipstadt attempted to give a lecture on the holohoax and the Freedom of Speech we Americans are supposed to have. That is only if you're jewish, black, or some other non-white.

However, members of the NSM, Cincinatti National Alliance and IKA showed up to debate and completely disrupted the meeting. As soon as the lecture started at Xavier University, Lipstadt started of by saying what a dreadful tragedy the holohoax was and Robert of the NA, waved his arm and asked her which holohoax she was referring to: the one on Russian Christians or the alleged on that took place during WWII.

Chaos erupted and Rob was escorted outside by a rude old k*ke and told to leave. Matt, of the IKA, stood up and went outside to make sure that no other k*kes jumped our Comrade and was told he too, was kicked out. Yeah, there's that Freedom of Speech thing again. Pesky Constitution!

The NSM volks showed up from Cincinatti, Columbus, Lewisburg and Dayton and added to the mix. As soon as they showed up in black BDUs and bomber jackets, Ms. Lipstadt started stuttering and completely crumbled under the stares from the Nazis. The smell of her inadvertantly released feces and urine could be smelled in the back of the room! Unit Leader Gary Robinson made her lose it when he interrupted her and asked her several questions, none of which were answered by the fat jew slag. Typical Jew Behavior! Her internet bravado and bullsh*t didn't save her last night! Her normally loud, boisterous and loud-mouthed bullsh*t didn't work at all! There were over 300 jews and ADL members present and they were genuinely afraid! It was AWESOME!!!

After the mock lecture, everyone said their good-byes and celebrated in our own way, a victorious and glorious night of comraderie, unity and some plain good fun at the k*kes expense!


The problem is that it completely disagrees with what the National Alliance said happened. Can't these antisemites and racists get their stories straight?
Posted by Deborah Lipstadt at 12:30 PM