Return from the South African bush 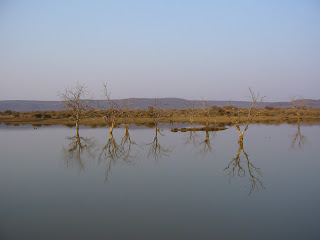 As readers of this blog know I almost assiduously stay on topic [antisemitism, Holocaust denial, etc.] and don't burden people with details of my own activities except as they are related to these topics.

I find blogs which do this generally tedious and self-indulgent.

Well here goes a major exception. I just returned from a trip to South Africa where I was giving a lecture. I tacked on about 5 days most of which I spent, thanks to the arrangements made by some South African friends, in the South African bush at the Madikwe Safari Resort, a place run by an impressive company CC Africa. The bush was amazing: elephants, rhinos, zebras, impalas, wild dogs, hyenas, jackals, birds [amazing], and so much more. And the place was unbelievable: luxurious with an amazing staff that made you feel at home and so welcome. 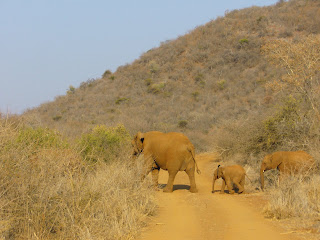 C Africa was founded in 1991 and is a pioneer in sustainable ecotourism, conservation development and community empowerment. It works with surrounding villages to make sure they benefit from increased tourism to the area. They help fund a foundation, the Africa Foundation, a not for profit rural development organization which conducts all sorts of projects directed at working with African villages.

One of the projects it runs is called WildChild. For each WildChild bracelet [the kind Lance Armstrong popularized] sold an extra student from the neighboring communities experiences a CC Africa conservation lesson and safari ride on the neighboring reserve.


I bought a bunch especially after being told by one of the managers of the camp that his son, who lives in a nearby village, has NEVER seen a lion except on television until he came on one of these safaris. It's a great project and the bracelets can be bought on line.

I can't praise it enough. It's a win-win situation: a first rate experience that's sensitive to the physical and social environment. 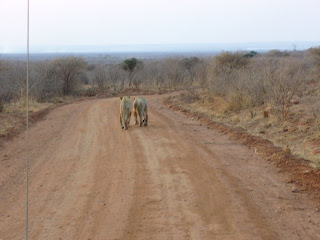 It's been a long time since I took a vacation. This one was well worth waiting for.

[Two lions sashaying off to dinner.]
Posted by Deborah Lipstadt at 7:26 AM