This week marks the seventh anniversary of the murder of our son, former Wall Street Journal reporter Daniel Pearl. My wife Ruth and I wonder: Would Danny have believed that today's world emerged after his tragedy? 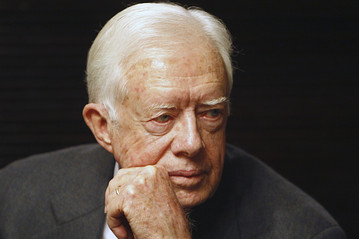 The answer does not come easily. Danny was an optimist, a true believer in the goodness of mankind. Yet he was also a realist, and would not let idealism bend the harshness of facts.

Neither he, nor the millions who were shocked by his murder, could have possibly predicted that seven years later his abductor, Omar Saeed Sheikh, according to several South Asian reports, would be planning terror acts from the safety of a Pakistani jail. Or that his murderer, Khalid Sheikh Mohammed, now in Guantanamo, would proudly boast of his murder in a military tribunal in March 2007 to the cheers of sympathetic jihadi supporters. Or that this ideology of barbarism would be celebrated in European and American universities, fueling rally after rally for Hamas, Hezbollah and other heroes of "the resistance." Or that another kidnapped young man, Israeli Gilad Shalit, would spend his 950th day of captivity with no Red Cross visitation while world leaders seriously debate whether his kidnappers deserve international recognition.

No. Those around the world who mourned for Danny in 2002 genuinely hoped that Danny's murder would be a turning point in the history of man's inhumanity to man, and that the targeting of innocents to transmit political messages would quickly become, like slavery and human sacrifice, an embarrassing relic of a bygone era.

But somehow, barbarism, often cloaked in the language of "resistance," has gained acceptance in the most elite circles of our society. The words "war on terror" cannot be uttered today without fear of offense. Civilized society, so it seems, is so numbed by violence that it has lost its gift to be disgusted by evil.

I believe it all started with well-meaning analysts, who in their zeal to find creative solutions to terror decided that terror is not a real enemy, but a tactic. Thus the basic engine that propels acts of terrorism -- the ideological license to elevate one's grievances above the norms of civilized society -- was wished away in favor of seemingly more manageable "tactical" considerations.

This mentality of surrender then worked its way through politicians like the former mayor of London, Ken Livingstone. In July 2005 he told Sky News that suicide bombing is almost man's second nature. "In an unfair balance, that's what people use," explained Mr. Livingstone.

But the clearest endorsement of terror as a legitimate instrument of political bargaining came from former President Jimmy Carter. In his book "Palestine: Peace Not Apartheid," Mr. Carter appeals to the sponsors of suicide bombing. "It is imperative that the general Arab community and all significant Palestinian groups make it clear that they will end the suicide bombings and other acts of terrorism when international laws and the ultimate goals of the Road-map for Peace are accepted by Israel." Acts of terror, according to Mr. Carter, are no longer taboo, but effective tools for terrorists to address perceived injustices.

Mr. Carter's logic has become the dominant paradigm in rationalizing terror. When asked what Israel should do to stop Hamas's rockets aimed at innocent civilians, the Syrian first lady, Asma Al-Assad, did not hesitate for a moment in her response: "They should end the occupation." In other words, terror must earn a dividend before it is stopped.

The media have played a major role in handing terrorism this victory of acceptability. Qatari-based Al Jazeera television, for example, is still providing Sheikh Yusuf Al-Qaradawi hours of free air time each week to spew his hateful interpretation of the Koran, authorize suicide bombing, and call for jihad against Jews and Americans.

Then came the August 2008 birthday of Samir Kuntar, the unrepentant killer who, in 1979, smashed the head of a four-year-old Israeli girl with his rifle after killing her father before her eyes. Al Jazeera elevated Kuntar to heroic heights with orchestras, fireworks and sword dances, presenting him to 50 million viewers as Arab society's role model. No mainstream Western media outlet dared to expose Al Jazeera efforts to warp its young viewers into the likes of Kuntar. Al Jazeera's management continues to receive royal treatment in all major press clubs.

Some American pundits and TV anchors didn't seem much different from Al Jazeera in their analysis of the recent war in Gaza. Bill Moyers was quick to lend Hamas legitimacy as a "resistance" movement, together with honorary membership in PBS's imaginary "cycle of violence." In his Jan. 9 TV show, Mr. Moyers explained to his viewers that "each [side] greases the cycle of violence, as one man's terrorism becomes another's resistance to oppression." He then stated -- without blushing -- that for readers of the Hebrew Bible "God-soaked violence became genetically coded." The "cycle of violence" platitude allows analysts to empower terror with the guise of reciprocity, and, amazingly, indict terror's victims for violence as immutable as DNA.

When we ask ourselves what it is about the American psyche that enables genocidal organizations like Hamas -- the charter of which would offend every neuron in our brains -- to become tolerated in public discourse, we should take a hard look at our universities and the way they are currently being manipulated by terrorist sympathizers.

At my own university, UCLA, a symposium last week on human rights turned into a Hamas recruitment rally by a clever academic gimmick. The director of the Center for Near East Studies carefully selected only Israel bashers for the panel, each of whom concluded that the Jewish state is the greatest criminal in human history.

The primary purpose of the event was evident the morning after, when unsuspecting, uninvolved students read an article in the campus newspaper titled, "Scholars say: Israel is in violation of human rights in Gaza," to which the good name of the University of California was attached. This is where Hamas scored its main triumph -- another inch of academic respectability, another inroad into Western minds.

Danny's picture is hanging just in front of me, his warm smile as reassuring as ever. But I find it hard to look him straight in the eyes and say: You did not die in vain.

Mr. Pearl, a professor of computer science at UCLA, is president of the Daniel Pearl Foundation, founded in memory of his son to promote cross-cultural understanding.

Posted by Deborah Lipstadt at 5:31 AM

I don't understand how Hamas and Hesbollah can even speak of an "occupation" anymore. Have not all or most of the territories which were "occupied" after the '67war now been released?

In the mouth of Hamas doesn't "occupation" really refer to the State of Israel proper?

I take "end the occupation" to mean dissolve the State of Israel.

Or am I oversimplifying?

You are right and your are wrong. Israel still sits on the West Bank and the Golan Heights. So that is very much considered an "occupation."

You are right in that when Hammas says "end the occupation" they mean end the state of Israel... I really believe that.

Thank you for a very well written and yet very sad article. As the only Jewish person at my company (1 of 104) articles like these help me deal with the ignorance that can surround us all.

My heart goes out to the Pearl family and I am still angry that folks in this country tolerate this behaviour.

Another captive has been killed by the Talibans recently, a Polish engineer who worked in Afghanistan. The western press has largely ignored his fate...

I think I mentioned watching "the Piano" every year. Although that is a good fulm, of course I meant to say Roman Polanski's "The Pianist".

This article is poorly argued in that it equates criticism of Israeli policies with an endorsement of terrorism. The author seems to think that if you believe Israel is in violation of human rights in Gaza, then you must also agree that Hamas' acts of terrorism are justified. It is not at all logically inconsistent to be against acts of violence, no matter who the perpetrator. In this case, Israel has an overwhelming economic and military advantage, not to mention an internationally recognized government, giving them ample opportunity to present their side of the debate. For an academic institution like UCLA to examine the claims of those without such advantages hardly seems like terrorist sympathizing to me. This by no means should be read as an endorsement of Hamas' brutal agenda.
By the way, I first arrived at this blog through some research I have been doing on David Irving, and I think your exposure of Holocaust deniers is truly God's work. I have been heartened by the stories of those like Sophie Scholl who were brave enough to speak truth to power and will never tire of hearing stories from those who endured the unspeakable inhumanity of the camps. It is a chapter in history that should never be forgotten, let alone denied. I have formed the tradition of watching "The Pianist" on Nov 9th the past few years, in observance of Kristallnacht. Its my small way of remembering the millions of victims of Nazi ignorance and celebrating the acts of courage of those who dared to resist them.
Having just read Richard Evans' splendid book "The Coming of the Third Reich", I find myself believing that the seeds of the Holocaust were planted when economic disaster was combined with an unquestioning allegience to party or nation. When a person decides to deny the humanity of his fellow citizens "for the good of the nation", then he becomes capable of all manner of barbarous acts. Its my fear the many try to view the Palestinian/Israeli conflict through this lens. There have been indefensible actions on both sides of this issue, and I hope that we as global citizens will have the courage oppose them, no matter what our politics.